BMW’s SUV class of products are known for their aggressive designs and equally aggressive powerhouse under the hood. These German engineered beasts known by their symbolic X prefix have ruled the roads since the launch of the first X5 and 1991. BMW prefers to call them Sports Activity Coupé (SAC) instead of an SUV to emphasize its on-road ability despite its size. One of the prominent vehicles’ in this series is the BMW X6, first launched in 2008. The company has now launched the 2nd generation of the “SAC” with a new engine in Singapore. 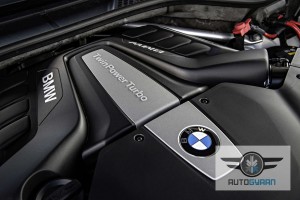 The new X6 is powered by the latest-generation V8-engine that can generate up to 450hp and a peak torque of up to 650Nm. BMW claims that by using its EfficientDynamics features like BMW TwinPower Turbo technology, weight-saving optimisations and enhanced aerodynamics, the X6 provides better fuel consumption rate by as much as 22 percent. With the massive power under the hood, the car zips from 0-100 Kmph in just 4.8 seconds.

On the driving front, the X6 offers a new rapid shifting ZF eight-speed automatic transmission that compliments the dual-clutch auto box. It also offers an Intelligent all-wheel drive dynamically shifts the power between the front and back wheels. It shows the process of the shift on the display with 3D graphics. This also gives the car the ability to move around with ease on a busy urban street even with its massive size. The BMW X6 comes in six color variants, and all model variants feature 19-inch light-alloy wheels. For your navigation and entertainment needs, the car offers Navigation System Professional with Touch Controller and a Bang & Olufsen high-end surround-sound system. All this luxury and epic features do come with a massive price tag. The BMW X6 xDrive50i will sell for a price tag of $488,800 (Rs.3,04,60,000), so if had your eyes on this behemoth, you better start saving.