Hyundai Motor India Ltd (HMIL) Today launched the most awaited Grand i10 at a starting price of Rs 4,29,900.  Hyundai is India’s second largest passenger car manufacturer and this addition to the HMIL family is the fifth hatchback after Eon, Santro, i10 and i2Grand-i10_2nd-Gen-1.1-U2-CRDi-Diesel0.

The new Grand i10 will be available in two engine options – Petrol and Diesel. Powering the petrol variant is a 1.2 Kappa Dual VTVT Petrol engine produces 83PS at 6,000rpm and 2nd Gen 1.1 U2 CRDi Diesel engine makes 71PS of max power and 159Nm of peak torque. The fuel tank capacity on both engine variants of the Grand i10 is 43 litres and the car is available in 8 body colours.

Four variants of the petrol version namely Era, Magna, Sportz, Asta will be offered with 5 speed manual transmission gear box. There is also choice for getting a 1.2-litre Kappa petrol engine with a four-speed automatic as an option transmission gear box which will be offered with the Sportz trim variant. There will be no automatic version for the diesel-engine Grand i10.

Inside the car there’s a good list of equipment too. The Grand i10 gets height adjustable driver’s seat, auto electric ORVMs, a stereo with Bluetooth telephony with a 1GB of inbuilt onboard storage, a multifunctional steering wheel, reversing camera with parking sensors, and for the first time in this segment – rear AC vents. Also the safety equipments will involve ABS and airbags. 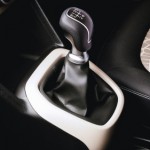 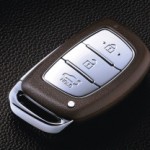 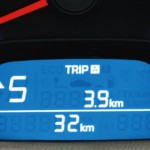 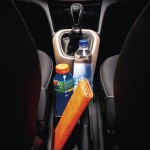 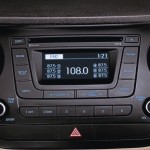 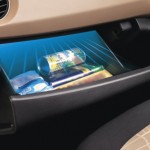 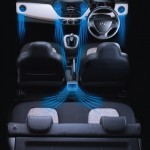 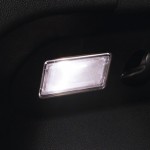 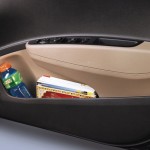 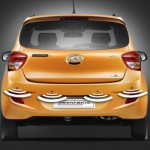 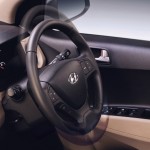 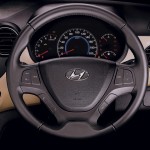 At the back, hatchdoor is nicely curved and peeled back tail-lamps contributes to a pronounced haunch. A large curved rear glass and a hatchdoor handle with the Hyundai logo, also adds to a premium feel.