BMW i8 Spyder Goes Into Production

Back in 2012, BMW unveiled a supercar that looked straight out of a ski-fi movie. The spectacular i8 Spyder made everyone present at the Beijing Auto Show bite their fingers in awe. Since then, the i8 has been lying in the corner waiting for production to take off. Three years later, BMW i8 Spyder gets the green light.

According to Automotive News, the company’s new chief executive Harald Krueger told German publication Handelsblatt that we’ll soon see the BMW i8 Spyder in production form. The production version is likely to stay true to the concept, though the doors and side still will be more along the lines of the i8 coupe. 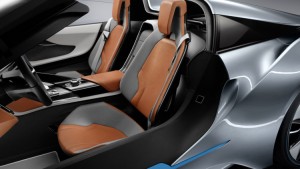 The Spyder may not offer a fully automated folding roof system, and could instead arrive with manually stowed panels, but we’ll know more about this as the car moves closer to production.