Here’s a first look at the 2016 Ford Focus RS, the hot little hatch that is perhaps going to be backed with some outrageous performance. There are no technical specs officially available yet, though sources suggest an AWD system with brake-operated-torque-vectoring.

Sources also suggest that upto 70 percent power can be sent to the rear wheels, while zipping 60 mph from standstill will just be under 5 seconds. It is most likely to pack a variant of the 2.3 litre in-line four cylinder currently used in the Mustang EcoBoost, with output levels likely over 300 HP. 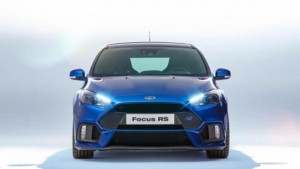 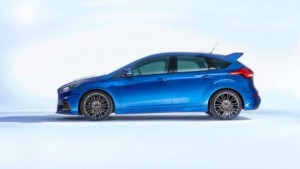 The new hatch from Ford is one hell of a looker with nice aerodynamic design language, while on the inside, we have a chunky set of Recaro chairs. That’s all the information for now, though stay tuned for more when the Ford RS makes its official debut sometime in the future.