Mercedes-Benz announced the facelift CLS back in June featuring new multibeam LED headlamps, and our source now confirms that the car is expected to launch in India soon. The 2015 CLS gets a new four-cylinder diesel variant in the form of CLS 220 BlueTEC. It produces 170 HP along with a maximum torque of 400 Nm. Meanwhile, other variants including the CLS 250, 350, 400 and 500. Which are also expected to arrive soon after.

The most notable change comes in the form of a completely overhauled gearbox. The CLS 220, CLS 250, CLS 350 and CLS 500 ditch the 7-speed dual-clutch gearbox, which is replaced by the 9G-Tronic 9-speed transmission. While the AMG model gets a 7-speed AMG SPEEDSHIFT transmission.

Other changes made to the 2015 Mercedes C-Class include new headlamps, a more protruded front bumper along with a new diamond radiator grille. While on the back, there aren’t any major changes barring the slightly redesigned bumper. 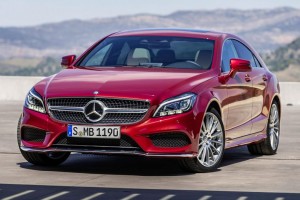 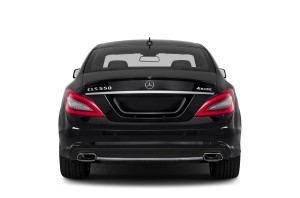 Coming onto the interiors, the 2015 CLS sports an 8 inch display and gets a new 3 spoke steering wheel. Customers will also get to choose from a wide range of colours for leather and trims. Overall, not a lot of changes have been made to the interiors. 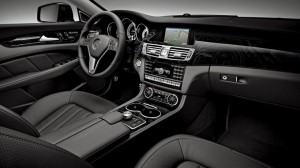 In terms of engines, apart from the new four-cylinder diesel unit mentioned above, other diesel engines for the CLS 250 and CLS 350 specifications are the same as the outgoing model. While, the petrol range starting with the new CLS 400, gets a turbocharged 3.5-liter V6 engine, while the top-end CLS 500 with a V8 engine remains unchanged. The AMG variant of the CLS sedan and estate come with a 5.5 litre V8 Bi-Turbo engine churning out 577 HP.

Overall, compared to its outgoing predecessor the 2015 CLS sports a much more aggressive look, though we are not sure if the front end suits the rest of the car. The cars are being assembled at their manufacturing facility and will be launched in India anytime soon. As far as pricing is concerned, it’s rumoured that the CLS range would be priced for over a crore for the Indian market.

For more information on the 2015 Mercedes CLS, click here.