It’s apparently been a year since KTM motorcycles CEO Stefan Pierer bought Husqvarna. The acquisition since then has been the talk of the town for a lot of motorcycle enthusiasts. Recently, the Husqvarna 401 Vitpilen and Smartpilen concepts were shown off in Milan last November, and it’s no rocket science to figure out that both these bikes are inspired by the same chassis as the Duke series.

Reinhold Zens, one of the MD’s of the Husqvarna brand said it would gauge audience reaction to make a decision on production. It seems audience reaction has been roaring with approval as he told a Swedish publication that the bikes will come as 2017 models. Hence, we can expect these bikes to be showcased in the second half of 2016. In addition, the fact that Bajaj owns a majority stake in KTM, there’s a high possibility of these bikes seeing an India launch. 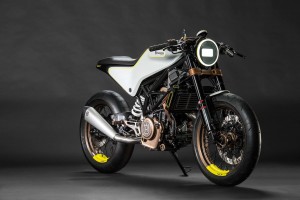 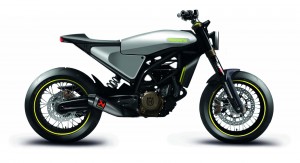 These bikes are the brainchild of an Austrian Industrial design company. At the heart of each is a 43 horsepower, 400 cc water cooled engine, along with 17 inch alloy wheels, while the bike’s gross weight is at 135 kgs. The Vitpilen (white arrow) is a road bike while the Svartpilen (black arrow) is an off-roader that is flexible enough to provide optimum levels of customization.

We loved the fresh, beautiful lines of both the bikes, and we hope the company is likely to stick to this design ideology. These bikes are reminiscent of the Ducati Scramble and rumour is Ducati is doing a similar powered version as well.