Hydrogen-powered cars will most likely hit the roads very soon with the production version of Honda’s FCV Concept. After making its world debut in Japan, the fuel-cell vehicle will be followed by America and Europe.

The newly introduced model comes with an additional backup power unit which can even power your home, just in case. Japanese automobile giants Toyota and Honda have been doing some intense research on fuel-cell technology, with Toyota also set to introduce its Hydrogen-powered Mirai sedan next year.

Honda’s FCV, which has debuted in Japan, is expected to launch there by March, 2016. According to Honda, the car can accommodate five passengers and is targeted to deliver a driving range of more than 300 miles. It is not the first time Honda has made its foray into fuel-cell technology. The world’s first fuel-cell vehicle – the FCX – was introduced in the US and Japan back in 2002. It was also the first fuel-cell vehicle with the ability to operate in sub-freezing conditions. 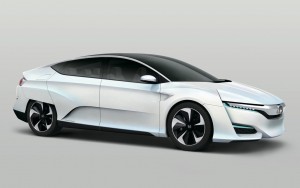 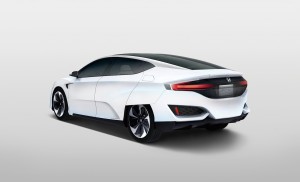 We can expect some big announcements from Honda with regards to the fuel-cell project showcased at this year’s LA Auto Show. Furthermore, the FCV Concept will also come with an external power supply called the Honda Power Exporter. Japanese media said that this could come in real handy in a country like Japan, which is quite prone to natural disasters.

In short, it’s a handy generator that uses the same fuel-cell technology to provide you with regular AC output that powers your house.