BMW has lifted the veils off the new X5 M and the X6 M. The X5 M is the SUV while the X6 M is the company’s luxury crossover outing. The cars are expected to be showcased at the upcoming Los Angeles Motor Show. The cars are expected for delivery by next April. As for the price, the X5 M starts at $99,650 while its sedan sibling, the X6 M comes at a hefty $103,050.

These monsters are expected to carry the same 4.4-litre direct injection V8 petrol engine used by the M5 and M6. The cars are expected to have greater power and torque, enhanced straight line accelerative ability and a slightly higher top speed. They will also have reduced combined cycle consumption and emissions. They will churn out 567 HP and 553 pound-feet of torque. The engine is mated to an 8 speed gearbox. The cars are capable of shifting 100 percent of their power between the front and rear axles through a multi-plate clutch with torque vectoring. With the massive power under their belts, the monsters are capable of going from 0-60 in flat 4 seconds.

The cars will sport twenty-one inch wheels at each end, with 285/35 Michelin Pilot Super Sports up front and massive 325/30s out back. On the internal side, the cars get huge steering wheel which comes with aluminium paddle shifters. The seats get aggressive and racy. Overall, these are both fantastic looking machinery with equally thrilling interiors. 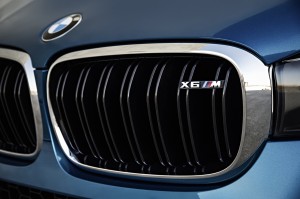