BMW Motorrad has launched a new bike in its legendary RS production series – the 2015 BMW R1200RS. Successor of 1976 R 100 RS, which was the first mass-produced motorcycle in the world to come with a full frame-mounted fairing, this one comes with boxer cylinders protruding from its sides.

Indeed, the R1200RS (Reise & Sport, which stands for travel and sport) is built around BMW’s new liquid-cooled boxer power plant which also powers the new R1200GS, R1200GS Adventure, R1200RT and 2015 R1200R machines. The liquid-cooled boxer power plant makes 125 horsepower at 7,750 rpm and 125 Nm (92 lb-ft) 1,000 revs lower, while the transmission and gearing are almost the same as what R1200R offers, with a slight tweak for better response in the lower rpm range. 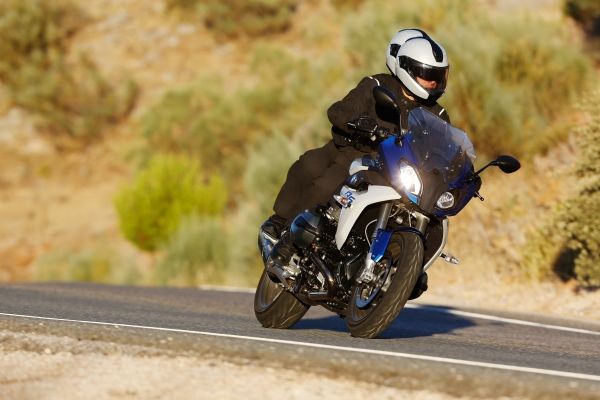 The exhaust gases are routed through a 2-in-1 exhaust system with a rear silencer that is steeply angled for dynamic effect. A modified airbox, newly shaped air intake snorkels and a centrally positioned radiator all lend themselves to a slender, sporty and dynamic-looking front silhouette.