Mahindra Gets The Special Edition Of Popular Scorpio SUV

Mahindra & Mahindra (M&M) has introduced the camouflaged Special Edition of its popular Scorpio. A couple of days back, the company had teased the Special Edition Scorpio on its Facebook fan page first.

The unveiled Special Edition Scorpio is also the limited edition model by the company, as there are only 500 units on sale. But the company has not revealed the pricing as yet. Also the refresh is no different from the one that was introduced by M&M in 2010. The only difference is the number of units to go on sale have decreased from 1000 units to 500 units.

Mahindra Scorpio which was first launched in India in 2002, is now more than 10 years old model. Though the car has seen few generation upgrades after that, but the styling on the Scorpio is more or less remained the same.

Scorpio Special Edition has been offered in the VLX trim, which is powered by a 2.2-litre mHawk diesel engine, which churns out the maximum power output of 120bhp at 4000rpm and 290Nm of peak torque. On the outside, the model is seen carrying checkered flag decals on the front bumper and on to the sides. There is also chrome alloy wheels and a ‘Special Edition’ badge at the rear. 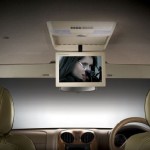 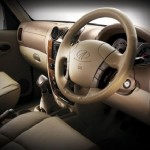 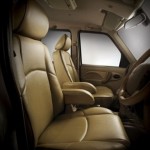 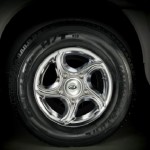 On the inside you get leather wrapped steering wheel and gear knob, wooden center console with a glossy finish, upholstery in tan and beige, Dual SRS airbags and a roof mounted DVD player with a 9-inch screen.

M&M has recently got good numbers with the Scorpio over Duster in consecutive months, and this new limited edition is a way to keep buyers interested before they introduce the 2014 Scorpio. The 2014 Mahindra Scorpio Facelift is expected to debut next year, so most likely it will be showcased in 2014 Auto Expo.