When we think about flying cars, it seems unreal, though we know that there have been news of its prototypes being tested over the years. One of the similar car ‘Terrafugia Transition’ is being tested and may soon be available for purchase at around US $279,000. Company’s website even has a reserve option for you to reserve a car for future purchase.

Terrafugia is perhaps just a few regulations and one very powerful battery away from clearing most of the hurdles. With a cruising speed of 100 miles per hour in the air and gas mileage of about 35 to the gallon on the ground, Terrafugia’s first model of flying car exists already.

The Transition is basically a small general-aviation airplane that can fold up its wings with the push of a button. It runs on normal automative gasoline — about 30% less expensive than aviation fuel (its range is about 410 miles plus a 30-minute reserve). Fly the Transition to a small airport, land, and the wings withdraw in less than a minute. Its propeller disengages and its rear-wheel drive turns on. At that point, you’re street legal and ready to roll. At home, the Transition is designed to fit within a single-car garage.

It’s a dream that Carl Dietrich, the company’s co-founder, CEO and CTO, has been working at steadily since 2006.

It was in 2004, while he was completing his Ph.D. at M.I.T., that Dietrich read about new developments at the Federal Aviation Administration — new kinds of pilots’ licenses and a new kind of aircraft certification. These paved the way for Terrafugia. Enter the Transition.

“There is so much potential for an economic benefit to society if we have things like this. There have been a number of studies recently that have quantified the economic impact of traffic congestion … just for the U.S., I think it was estimated at $87 billion to $125 billion a year. And that’s just comparing it to driving at normal speeds, without traffic” Dietrich said, speaking of the flying cars he’s helping to design. 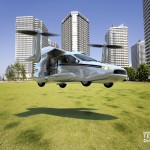 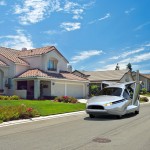 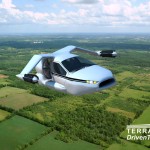 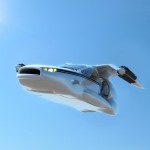 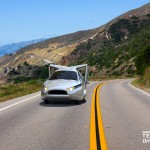