A Ducati bike with Italian craftsmanship was a marriage that needed to happen. And now it has. Ducati has collaborated with fashion company Italia Independent to bring out the limited edition Ducati ‘Italia Independent Scrambler’. This collaboration is all about blending couture and design with tradition and innovation.

Only 1,077 of these bikes are available that offer original and unique interpretation of the bologna-made motorcycle while maintaining the characteristics of the original ‘scrambler’. “The Ducati Scrambler Italia Independent is inspired by the world of the “cafè racer” and stands out thanks to a series of hand-crafted details developed together by the creative teams of the two companies: a black engine with brushed cylinder head fins and visible machining, black full exhaust unit with Termignoni silencer, low handlebar with variable section and aluminium rear mirrors mounted on the ends,” reads the press release by the company. This is a global partnership based on a three-year collaboration agreement and unites Ducati and Italia Independent for the first time, creating an incredible mix of Made in Italy style and creativity.

The short front mudguard, nose fairing, the frame and the wheels painted Night Copper, which is exclusive to this limited edition, all cry out Italian aesthetics. The Matt Black colour of the bike and the side tank all emphasise the “cafe racer” soul of the bike. 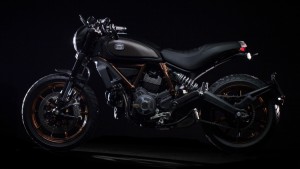 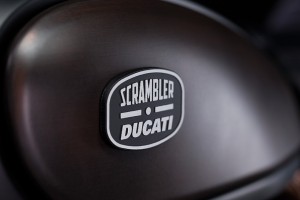 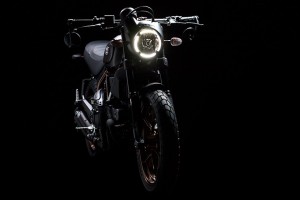 Like all Ducati Scramblers, the limited edition units come with refined materials such as the aluminum on the swingers and engine covers, combined with current-gen components such as front and rear LED lights and LCD instruments.