Here are All the Cars You Will See in Spectre

What’s a Bond movie without the quintessential Aston Martin car? Since the Aston Martin DB5 debuted in Goldfinger more than 50 years ago, Bond and Aston Martin are synonymous to each other. It’s true, the Aston Martin does tend to steal focus in any Bond movie. Spectre, however, will not only see the Aston Martin DB10, but also some beauties by Jaguar and Rolls-Royce, among others. With just a couple of days left for Spectre to hit the screens, we look at all the cars that will ‘star’ in the movie alongside the rest of the cast.

The DB10 is a one-off car made exclusively for the movie. It is loosely based on the two-seater Vantage model and shows some glimpses of what next year’s DB11 could look like. The engine is the 4.7-litre V8 which Aston Martin introduced in 2008. 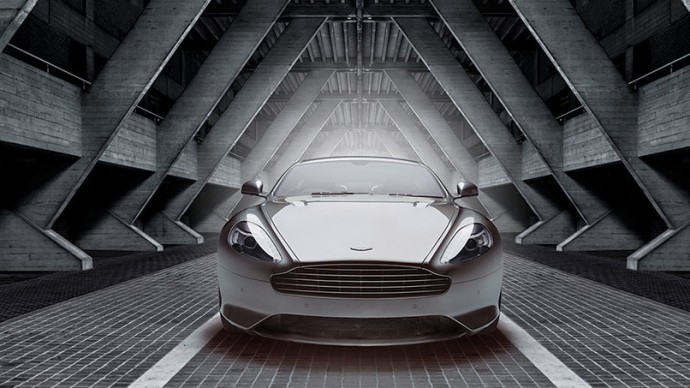 Aston Martin has kept the specs of the DB10 under wraps only revealing that it “gives a glimpse to the future design direction for the next generation of Aston Martins.” The car will be seen in a chase sequence with a Jaguar C-X75.

It’s almost impossible for anything to beat the sight of the Aston Martin DB10. But The Jaguar C-X75 may just give the DB10 a run for its money. What’s more, this time it’ll be one of the villains who get to ride this sweet supercar. The Jag will be driven by a character named ‘Mr. Hinx’ played by WWE wrestler Dave Bautista.

In the movie, the Aston and Jaguar are set to battle it out in a high-speed chase sequence in which Mr Hinx pursues Bond’s DB10 through the streets of Rome in a Jaguar C-X75. You may be interested to know that the C-X75 supercar project was shelved a couple of years ago, and the decision to bring the cars back for Spectre was ‘a eureka moment’, according to John Edwards, JLR Special Operations managing director. ‘When we were given the opportunity to put it into the film, the left brain said “why would you do that with a car we won’t put into production”, the right brain said “yeah, why not, because it’s fantastic.” We’re working an asset that was otherwise doing nothing.’

A modified Range Rover Sport SVR was used for filming explosive action sequences in the Austrian Alps. In a very meta incident, some ‘real’ bad guys stole five of the vehicles that were meant for the ‘reel’ bad guys. Other Noteworthy Cars that Make a Cameo

The above mentioned three vehicles are the most prominent ones, but there are a few more cars worth mentioning for nostalgia sake. In one scene, Bond gets picked up in a 1948 Rolls-Royce Silver Wraith. A Bond movie without the classic Aston Martin DB5 is just not right, especially when the current series is all about going back to the past. Which is why you will also see the DB5 make an appearance once again in Spectre, and yes, Bond has will surely drive that.