The car looks unlike any other Aston Martin launched in the past, even the paint job is different from the usual grey colour we’re used to. It’s nose is as low as one could possibly imagine, with slick headlamps, quite unlike anything we’ve seen in the past from the British manufacturer. It has a design language possibly hinting as to what future Aston Martin cars are going to look like. 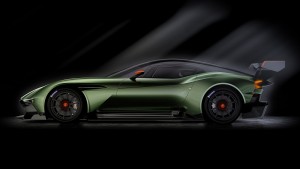 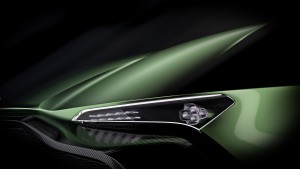 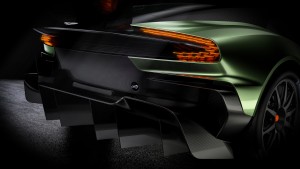 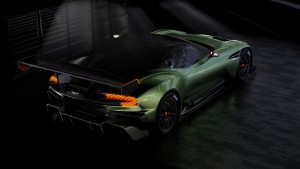 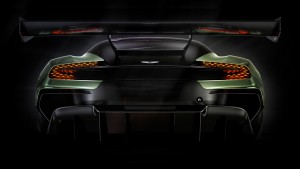 Unlike the One-77, curves are swapped with sharp angular lines, it somehow appears intimidating and a delight to watch at the same time. It’s all about the styling, unlike the P1 GTR or the FXX K, Vulcan’s design isn’t inspired by any other offerings from Aston Martin, the designers were apparently free to explore and push the limits of styling, and the end results are quite intriguing. The outer beauty is complimented by interiors as well, with sharp and angular themes that looks like a million stitches carved out to absolute precision.

Needless to mention, the Vulcan will be blazing fast, Aston Martin quotes 800bhp plus’ from its 7.0-litre V12 sending all of that power from the mid-ship directly to the rear wheels. There’s nothing else in the way, implying there’s no hybrid system unlike other track only offers from Ferrari and Mclaren.

With its outer body and monocoque both completely carved out of carbon fibre, Vulcan thrives on a greater power to weight ratio, and Aston Martin notes, more than one of their GTE track only supercar. Along with the full composite construction, Vulcan features massive 380mm Brembo carbon brake discs bundled with 19 inch Michelin tyres and a six speed Xtrac sequential gearbox.

Wondering about availability? Well, only 24 of these monsters will be manufactured, and when deliveries commence in 2016, there’ll be an intense driver training programme starting with Vantage v12, followed by One-77 before finally graduating to Vulcans.

Being the new ‘halo’ car for Aston Martin, the car is expected to get a whopping price tag of about £1.8 million. Aston Martin will definitely crank up noise levels at the 2015 Geneva Motor Show, till then stay tuned for more. We have our eyes and ears locked onto this mean machine.

You can watch the insane hypercar spitting fire in the video below: