Land Rover has finally taken the wraps off the 2016 Range Rover Evoque facelift following last week’s teaser. Being Land Rover’s most efficient car ever since its launch, the compact SUV for the most part has remained unchanged. Now the brand has carried out a slew of changes with its upcoming version, including design changes, new engine range and a safety kit, in an attempt to keep this compact SUV on top of its game. The 2016 Range Rover Evoque will debut next week at the Geneva Motor Show.

Starting off with its exteriors, the design changes are quite evident with a completely redesigned bumper coupled with a new spoiler which has an integrated LED brake light. It also gets revamped tail lights with LED daytime running lights. On the front, the 2016 Evoque gets distinctive LED daytime running lights along with LED indicators. Meanwhile, the front bumpers sport a much more aggressive design with muscular looking front bumpers sporting larger air intakes and slimmer fog lamps.

Customers will have at their disposal a wider array of colour options with two new paint jobs – Waitomo Grey Premium Metallic and Baltoro Ice Metallic. In addition, there will be six new alloy wheel designs. 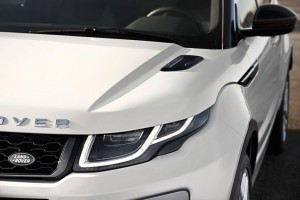 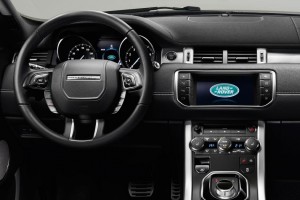 Interiors get a host of changes as well, including three new colour combinations, new seats along with more surfaces decked in leather. It also gets revamped dials including a new TFT display. The infotainment system has been spruced up with an 8-inch touchscreen display.

Though, the most notable changes have been made under its hood, with an aluminium Ingenium TD4 turbodiesel engine which is about 25-30 kgs lighter than its predecessor and will be available in two states of tune – 150 HP and 180 HP. Also available would be a Si4 turbocharged petrol engine generating a massive 250HP which zips the Evoque from 0-100kmph in just 7.6 seconds.

All models get Stop/Start as standard, along with a choice of six-speed manual and nine-speed auto transmissions.

As far as pricing goes, a spokesman said that it’ll be in comparison with its current version, while deliveries in the international markets is expected to begin in August.