Renault yesterday unveiled a whacked out sports car concept for the PS4 title Gran Turismo – the Alpine Vision Gran Turismo. A full scale concept of the same was revealed in Paris, and new reports suggest Renault plans to launch the production of its Alpine sports car by the end of 2016, while sales in Europe and other key emerging market economies commence the following year.

For now, this mad looking sports car will be on the forthcoming Gran Turismo 6, available as a free update in March 2015. But it appears it won’t be just a fantasy. Taking design cues from Renault-Alpine Le Mans cars of the past, and Renault says the model marks “a new chapter in the make’s revival”. 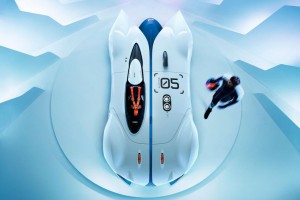 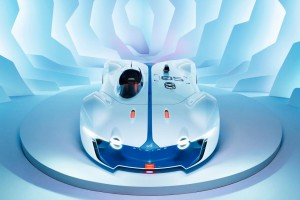 Vital stats from the game atleast show a 4.5 litre V8 with 445 bhp while the car sports a carbon monocoque chassis weighing just 900kg. The top speed of the Alpine Concept should be a little over 200mph.

The Alpine Project revival marks the 60th anniversary of racing alpines, the orange and black color scheme is a very good reminder of that.

In terms of scale, on average (annual production) volume will be around 3,000 cars, with a peak of 5,000 initially due to the novelty factor .

Do check out the unveiling video below: