Gorgeous Infiniti Q60 Concept Will Arrive on the Roads in 2016

Infiniti has re-established itself as one of the premium manufacturers of high performing sports cars; the Q50 being one of their most successful model selling more than 186,200 cars in 2014. Now the company has given us a good idea about what it has in store with a preview of the next-gen Q60 coupe at the 2015 Detroit Motor Show.

The Q60 is essentially the G Coupe which underwent a complete design overhaul back in 2008. The new Q60 sports a much more aggressive design to match the solid performance the car is known for. The car’s chunky character lines, which run from the grille all the way to the rear, personifies the car’s solid performance. It now has massive 21-inch alloy wheels with contrasting black and silver spokes, while its length is kept at 184.6 inches which is 2 inches longer than the BMW 4 series. 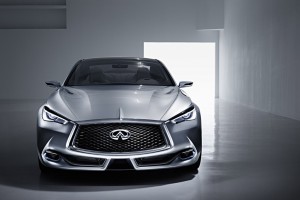 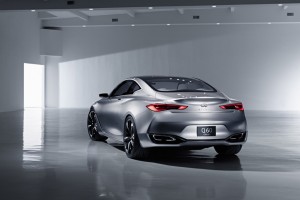 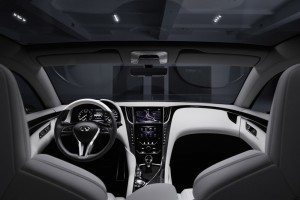 The same design language has been carried forward on the interiors with seats trimmed in quilted leather coupled with carbon fibre and Alcantara accents to signify the car’s top-notch performance. And as we were expecting, it comes equipped with a new twin-turbocharged 3.0 litre V6 engine which can deliver a whopping 550 horsepower along with 553 lb-ft of torque when bundled with a hybrid system.

Meanwhile, the company says the production model of the Infiniti Q60 will have a 7-speed automatic transmission with paddle shifters, along with rear and AWD combinations.

Do check out the video below where Infiniti creative director Alfonso Albaisa shares his insights on what went behind the making of the Infiniti Q60: