Jaguar Enters the Luxury SUV Segment with the ‘F-Pace’

Jaguar has officially confirmed that its first SUV will go in production by 2016 and it will be called F-Pace. The title is believed to have been chosen to signify its relationship with the F-Type sports car, making it the first SUV from the 80-year-old manufacturer. The F-Pace is reminiscent, in terms of size and looks, to the C-X17 concept and is predicted to be one of the top selling models from Jaguar, especially in markets like U.S and China.

The new SUV’s design was conceived in-house by lead designer Ian Callum. It’s apparently 40 cm longer than the Range Rover Evoque with its height being more or less the same. He also adds that F-Pace was the company’s first crossover design and feels that the end results are quite invigorating.

We received such an overwhelmingly positive response to the C-X17 concept car last year that we just had to make it a reality. The Jaguar F-PACE, inspired by the F-TYPE, represents a perfectly judged balance of style, performance and practicality. It offers a unique combination of Jaguar sports car inspired exterior design, fused beautifully with a thoroughly practical and spacious luxury interior. The F-PACE is our family sports car 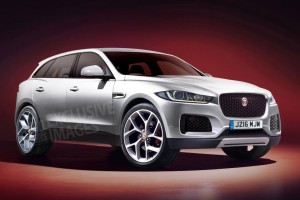 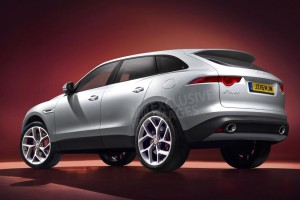 However, the internal mechanicals have not been revealed yet, but we can expect a 2.0 litre turbodiesel engine along with 2.0 turbocharged petrol engines from the Ingenium four cylinder range. In addition, we can also expect a 3.0 litre supercharged petrol V6 used in the F-Type, churning out more than 250bhp.

Jaguar plans to launch the car as early as 2016 while prices are likely to start at $45,000. Do check out the short film made by Jaguar for the launch of the F-Pace below.