Top 5 Diesel Cars You Can Buy For Around Rs. 5 Lakh Rupees

In the recent times, Diesel cars have been a popular choice for car buyers in India, especially those who drive long commutes on a regular basis. With petrol prices fluctuating frequently, diesel cars give you better fuel efficiency and stable month on month fuel expenses. Tata Indica eV2 is the cheapest diesel hatchback available in the Indian market. The company offers it in four different variants in the price range of Rs. 4.20 lakh to Rs. 5.11 lakh ex-showroom Delhi. The car is powered by a 1.4 litre CR4 diesel engine that churns out 70 BHP of maximum power at 4000 RPM and an average 140 Nm of torque ranged between 1800 – 3000 RPM. With an effective fuel efficiency of 25 KMPL, Tata claims that the eV2 is India’s most fuel efficient car in any sphere. The only drawback with the car is that even the highest model doesn’t come with air bag or another security features. Chevrolet, a subsidiary of General Motors USA, launched the diesel variant of its blockbuster hatchback Beat, last year in July. The company offers the Beat in four variants with the price tag ranging between Rs. 4.52 lakh and Rs. 5.7 lakh. The Beat Diesel comes with a 1.0 litre 3 Cylinder unit which provides 61 BHP of maximum power at 4000 RPM. It peaks the torque of 160 Nm at 1750 RPM. The ARAI approved mileage of the car is 24 KMPL that puts the car in the class of India’s most fuel effective cars. One of the principal selling points of this car, beside the high fuel efficiency and pricing, is its design that was never seen before. The Figo diesel is valued between Rs. 4.79 lakh and Rs. 5.94 lakh ex-showroom Delhi and is offered in 4 different alternatives: LXI, EXI, ZXI and Titanium. The car is powered by a 1.4 litre Duratorq SOHC diesel engine that churns out approximately to 67 BHP at 4000 RPM of maximum power and peak torque of 160 Nm at 2000 RPM. Talking about fuel efficiency, the car gives a great competition to other hatchbacks and conveys at an approved mileage of 20 KMPL. The company has been appreciated for its quality of products, and the Ford Figo is no exception. Maruti Suzuki is a beloved car maker of our nation when it comes to fuel effective cars and aggressive pricing strategies. The design itself talks about the story of a strong foundation, and its tall body design simply intensifies the innovative look. The Ritz is available in three variants: LDI, VDI and VDI ABS, which are priced between Rs. 5.18 lakh and Rs. 5.73 lakh ex-showroom Delhi. The car comes with a 1.3 litre 4 Cylinder Fiat Multijet engine that churns out outputs of 75 BHP at 4000 RPM and 190 NM at 2000 RPM. ARAI approved mileage figure holds at 21.1 KMPL for this car. Ritz is one of the top cars in this segment because of its performance and cheap maintenance. Unlike any other diesel offering from Tata, the Vista’s diesel variants  are relatively expensive cars as it comes with a price tag between Rs. 5.09 lakh and Rs. 6.4 lakh. The lowest model is priced at Rs. 5.10 lakh and offers unrivaled value for money, which is one of the major highlights of the company’s offering. The car outfits a 1.3 litre four-cylinder Quadrajet diesel engine that puts out a maximum power of 74 BHP at 4000 RPM and 190 Nm at 1750 – 3000 RPM of peak torque. The car provides a certified mileage of 23 KMPL. Also like other Tata products, the Vista is remarkably capacious and has better traits than its elder sibling eV2.

Well, we are not finished yet. The list cannot be complete without mentioning one of the most iconic cars of India. 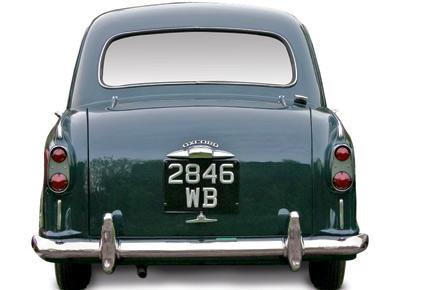 The face of Indian automobile industry, this car has ruled our country’s road for more than a half century. Despite its British origin, the Ambassador is considered as a definitive Indian car and is fondly called “The king of Indian roads”. However, as of 25 May 2014, the Hindustan Motors suspended the production of the Ambassador. This new model was launched in 2013, to match the BS IV standards of the metropolitan cities. The new car looks just like an Ambassador Grand.