Rolls Royce Wraith 2014 to Launch In India On August 19

Rolls Royce Wraith will come to India via the CBU (Completely Built Unit) route. The exact pricing details of the vehicle are yet to be announced, but it is expected to be priced at around Rs. 5 crore.

The new Rolls Royce Wraith was first unveiled at the Geneva Motor Show earlier this year, where it bagged applause from enthusiasts and visitors.

Under the hood, the new Rolls Royce Wraith gets a new 6.6-litre TwinTurbo V12 engine, which is capable of developing a power output of 624bhp at 800Nm of peak torque. The vehicle accelerates to 100kmph from stand still in a mere 4.6 seconds. The new Rolls Royce Wraith’s engine is mated to an 8-speed automatic gearbox which uses GPS data to preselect an appropriate gear ratio to deal with the upcoming road conditions. 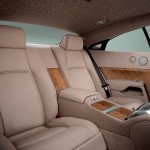 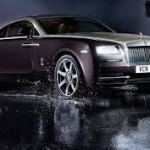 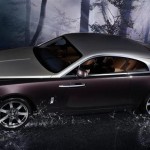