Eicher has announced the all new Pro series of its next generation trucks, aimed at setting benchmarks in the Indian trucking industry. These next gen trucks are made in collaboration with the Volvo Group and will be available for the 5-49 tonne GVW segment. The company claims that these next-gen trucks offer better all round performance with enhanced mileage, better braking by upto 24% along with less driver fatigue to reduce chances of a mishap.

Powering the Pro series is the new range of VEDX engines made in collaboration with the Volvo group. These new range of Euro 6 engines will deliver between 180-220hp, depending on the model, with a maximum torque output of 850Nm. In addition, the company claims these next gen engines have high combustion efficiency and low parasitic losses resulting in better fuel efficiency. They also feature ‘Advanced fuel injection technology’ and EPS (Engine Protection System) which provides protection against overheating at low oil pressure. 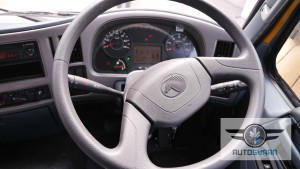 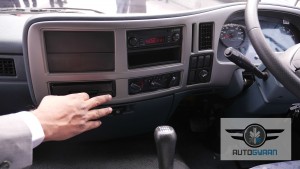 Meanwhile, the new range of trucks feature the most advanced cabins probably ever witnessed in the Indian trucking industry. It sports a fully suspended cabin with hydraulic tilt mechanism. The cabin appears much more comfortable with curved dashboards along with ergonomically designed seats. The driver seat offers 6-way adjustability while steering wheel can be tilted according to the driver’s preference.

Apparently the most notable feature is its IDIS (Intelligent Driver Information System) which gives the driver information on operational data like fuel consumption and on-board diagnostics. There’s also fuel coaching system for real-time guidance for drivers that suggests economical ways of driving. It also offers a cruise control mode which the company claims can reduce the driver fatigue by up to 10-15%.

Eicher also promises top notch after sale services with multiple service and spare part outlets spread throughout the country. The company also provides a 24×7 toll-free helpline along with a commitment to an en route time bound rescue service within 48 hours. The range of trucks will cost anywhere between Rs.21-30 lakhs depending upon the model. The deliveries to begin sometime in February.